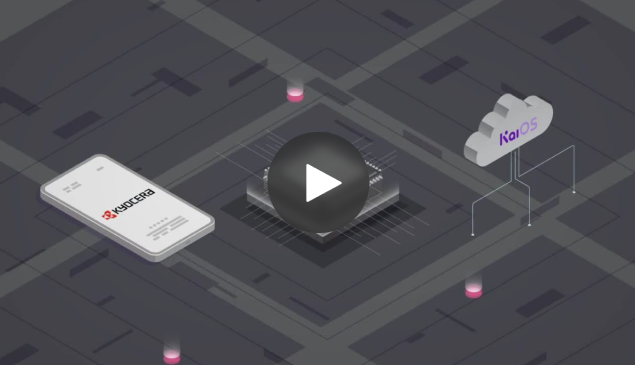 Smartphones have set the standard for what many consumers expect and require when it comes to positioning capabilities. Smartphones provide real-time, accurate, precise location tracking, which powers valuable location services within operating system features and apps.

This robust location functionality is made possible through hybrid positioning technology that blends multiple types of location tracking:

Until recently, this hybrid positioning system was seen as out of reach for feature phones, which traditionally have minimal hardware and cost requirements. Feature phones typically have operating systems with limited functionality, and varying levels of network types they can connect to.

In many cases, location tracking in feature phones strictly relies on proximity to cell towers. Cell phone triangulation – using three towers to determine a phone’s location – can approximate a phone within a certain area, but it can not pinpoint it. As the number of cell towers increases in a given area, positioning becomes more accurate.

Recently, feature phones with GPS support have become more common. However, this location technology falls short of the hybrid positioning found in smartphones. While GPS is often considered synonymous with global positioning, in reality, mobile phone GPS tracking technology is limited. GPS signals can support location services like outdoor navigation to some degree, but they are not reliable indoors. They can also be blocked by large buildings, atmospheric conditions, or natural features like trees and mountains. The level of precision in GPS positioning can also vary a great deal. 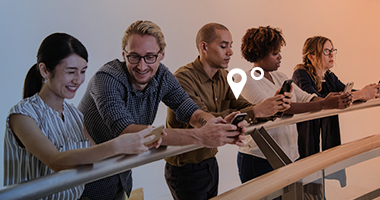 Historically, price and availability have been the main drivers in the feature phone market. The use of low-cost hardware and proprietary software keeps feature phones affordable.

As a result, feature phones are mainstays in developing and rural markets, where smartphone use has been slow to become universal due to lack of network connectivity, steep learning curves, expense, and other factors. Feature phones are also being recognized more broadly for a few distinct advantages: longer battery life, greater durability, and less exposure to habit-forming apps and screen time.

Further, accurate phone positioning is also required in the U.S. and Europe for E911 and 112 regulations. Location accuracy for these services is important because it allows first responders to pinpoint the location of a caller during an emergency. When feature phones are relied upon during an emergency situation, emergency positioning software plays a critical role.

There are several barriers and challenges involved with enhancing location accuracy in low-cost phones:

Precision Location uses algorithms for mobile phone positioning through GPS, Wi-Fi, and cell signals. With global coverage via 5+ billion geolocated Wi-Fi access points and over 200 million cell towers, our system provides the most accurate and precise location available. Phones with Precision Location can be located worldwide, in any environment, including indoors and dense urban areas, even when the device is offline.

Furthermore, Precision Location software is incredibly flexible and tailored to each use case, which allows phone manufacturers to keep device costs down and prolong battery life while still offering location-based features and helping network operators meet E911 and 112 requirements.

Reach out to us below to learn more or to start your next location services project leveraging hybrid positioning technology.

Talk to a Positioning Expert

Ask your location questions, or share your mobile phone positioning challenges. We’ll be in touch to answer your questions and explain how Skyhook can work for your unique application.

©2022 Qualcomm Technologies, Inc. and/or its affiliated companies. All rights reserved.

Note: Certain product kits, tools and materials may require you to accept additional terms and conditions before accessing or using those items.

References to "Qualcomm" may mean Qualcomm Incorporated, or subsidiaries or business units within the Qualcomm corporate structure, as applicable.

Qualcomm Incorporated includes Qualcomm's licensing business, QTL, and the vast majority of its patent portfolio. Qualcomm Technologies, Inc., a wholly-owned subsidiary of Qualcomm Incorporated, operates, along with its subsidiaries, substantially all of Qualcomm's engineering, research and development functions, and substantially all of its products and services businesses, including its QCT semiconductor business. Qualcomm products referenced herein are products of Qualcomm Technologies, Inc. and/or its subsidiaries.

Materials that are as of a specific date, including but not limited to press releases, presentations, blog posts and webcasts, may have been superseded by subsequent events or disclosures.

Nothing in these materials is an offer to sell any of the components or devices referenced herein.