Detroit has come a long way in the past decade. It is now being listed as a top city in the country to visit, live, and to start a business in. Detroit has another claim to fame: with the recent move of the Pistons from Auburn Hills, it is now the only city in the US that has all four major sports franchises’ home stadiums in the city’s center -- and they are all within a mile of each other! Along with new office buildings, restaurants, apartments, condos and public transportation, this development is creating a very exciting district right in the heart of Detroit.

To get some real-world insight on the exciting revitalization taking place in Detroit, Skyhook conducted a foot traffic analysis focusing on where people go and how they interact with the city and its venues, all based on the locations derived from mobile devices.

We decided to analyze the foot traffic data in Detroit during the week of September 10, 2017 when it was peak sports season. Little Caesars Arena (LCA), the new home for the Red Wings and Pistons, opened up with a hometown favorite, Kid Rock. The Detroit Lions hosted the Arizona Cardinals (W 35-23), and the Detroit Tigers hosted the Chicago White Sox.

The video below reflects a week's worth of location data in 24-hour loops. You can see the city fill with people in the morning, the stadiums fill up at night and then the city goes quiet.

Skyhook analyzes all of the location data we collect via mobile devices. In a privacy-protecting manner -- since Skyhook does not see or collect any personally identifiable information such as names, addresses or phone numbers -- we can determine which states people have traveled from to see a specific event by homing devices to census block groups. We can also figure out brand preferences based on device movements. Does someone prefer shopping at Wal-Mart or Target? Kroger or Whole Foods? And in Detroit's case, which is their favorite Detroit-based casino? 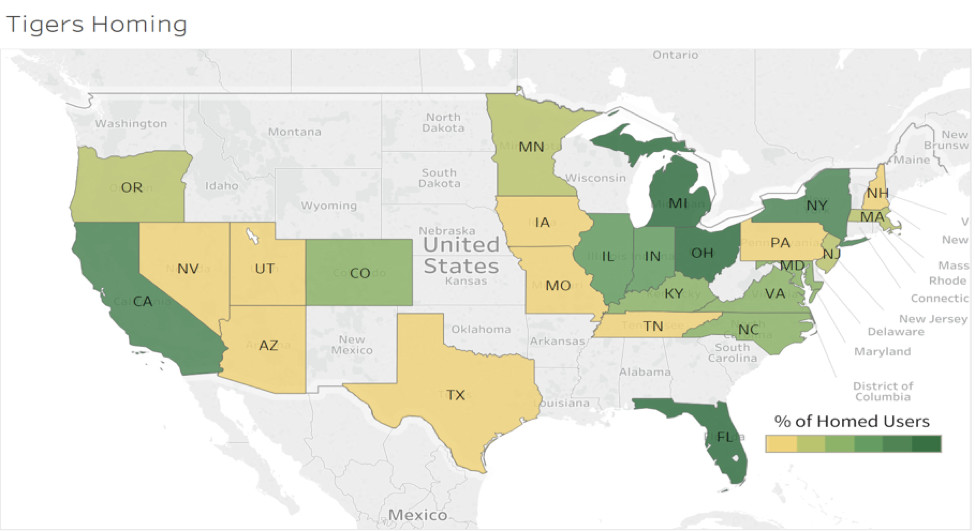 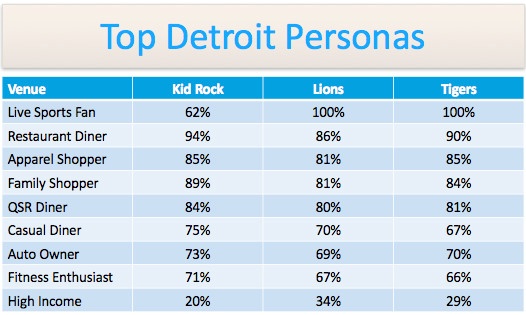 Personas are derived from where the people behind the mobile devices liked to hang out before and after they left one of the three stadiums. For example, if they frequented fast food restaurants, we classify them as a "QSR Diner". 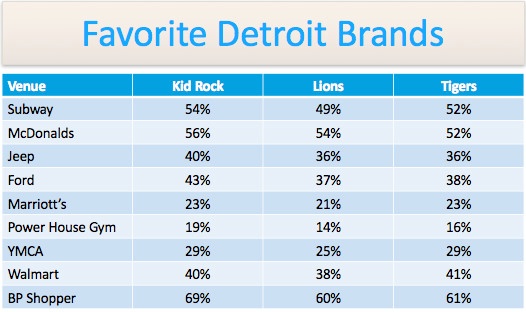 Favorite Brands are derived from what actual venues or stores people like to go to before and after they left one of the three stadiums.

Foot traffic analysis reveals a lot about the people in a given area. It is useful to gain perspective into their demographics, favorite brands and behaviors. Business owners can use this data to create better user experiences for consumers or tailor relevant advertisements accordingly.

Interested in conducting your own foot traffic analysis? Get in touch today or download the white-paper below to learn more.