Enjoy Beer at These Popular Craft Breweries and Brewpubs

Enjoy Beer at These Popular Craft Breweries and Brewpubs

August 3rd, 2018 was the 10th annual International Beer Day and also National IPA day. To celebrate this important day, Skyhook used location data and foot traffic analysis to uncover what the top three craft breweries and brewpubs are in a few of the cities and their greater metro areas that are known for having some of the best craft beer. We analyzed the foot traffic on a daily basis from Saturday, June 16th to Sunday, July 15th to get a sense of both the hottest craft breweries this summer and the most popular day of the week that people go to them.

What is a Craft Brewery?

Craft Breweries and brewpubs have gained popularity in recent years, and there were over 6,000 breweries in operation during 2017 - 98 percent of them were small and independent craft brewers. However, some are still confused about the difference between a regular brewery and a craft brewery. The distinction is based on how much beer is produced.

According to the American Brewers Association, a craft brewery is any brewery that produces less than 6 million barrels of beer annually. The definition further breaks down breweries into smaller classifications; the terms regional craft brewery, regional brewery, contract brewery, brewpub and microbrewery are based on the brewery’s size and type of beer output. With all this being said, let’s get to the important part.

Here are the top three craft breweries in these cities from June 16th-July 15th: 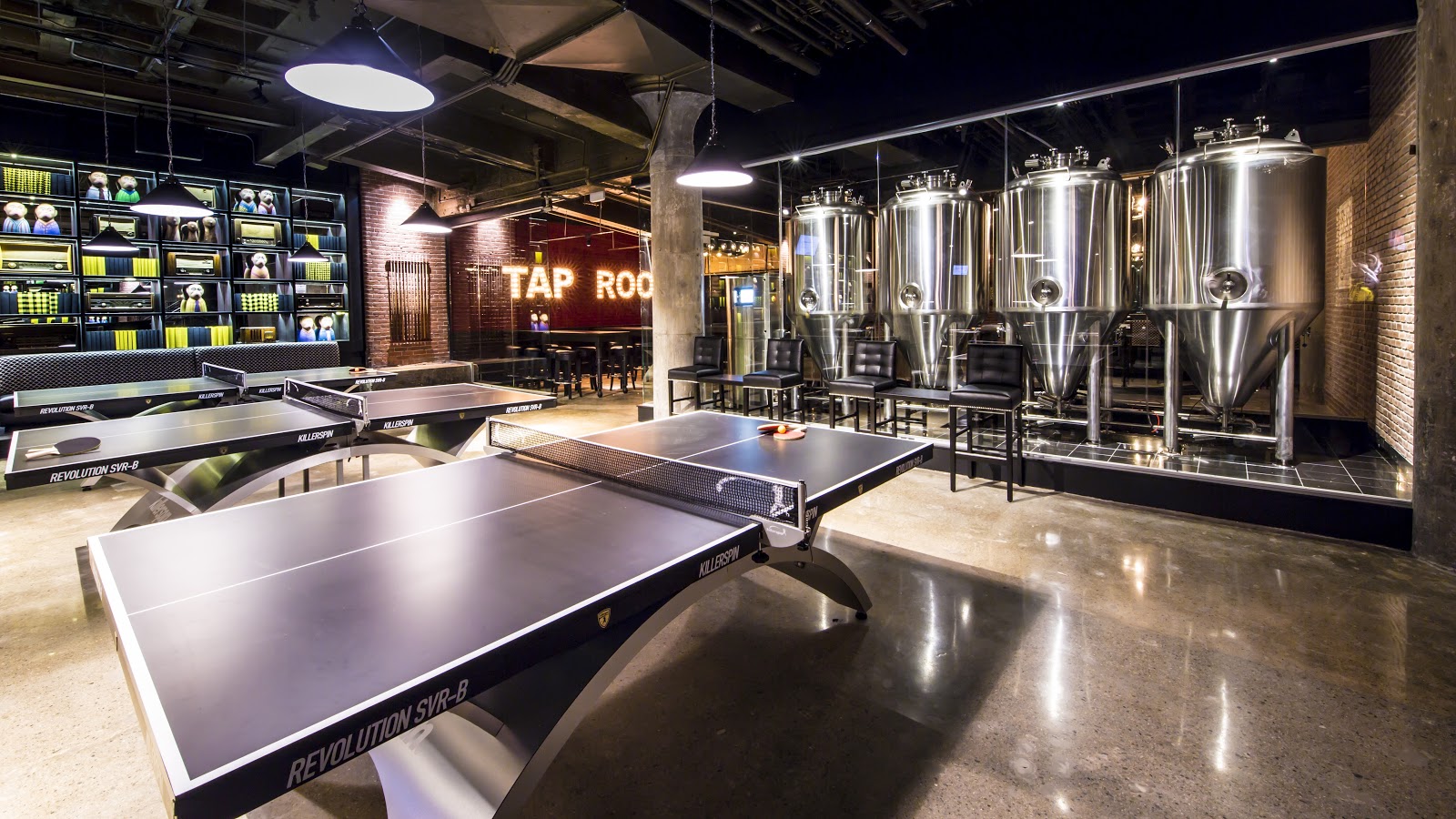 Conveniently located near the famous Fenway Park, Cheeky Monkey Brewing topped our list for the most visited craft brewery in Boston. Cheeky Monkey creates a one of a kind experience in Boston, featuring cross cultured street food and entertainment classics. They have five beers brewed on site from double IPA’s to Stouts. The most popular day of the week at Cheeky Monkey are Saturday’s. 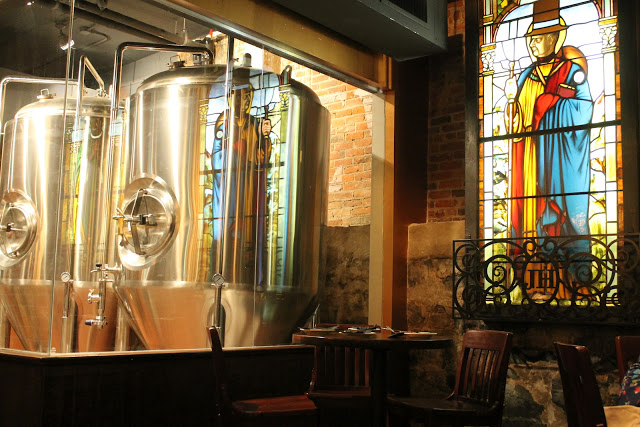 In 1992, John Harvard’s brewery was opened in Cambridge, MA, drawing on the story and fabled recipes from Harvard and Shakespeare and pushing forward the tradition of craft beer as the center of life and community. Today, the brewery offers more than 60 different types of beer, from light pale ales to deep rich stouts. John Harvards busiest days are Friday’s.

Newly opened in May 2017, Turtle Swamp Brewing is located in the heart of Jamaica Plain, just outside of Boston. They are a neighborhood brewery that strives to be a good neighbor, while making consistent beer with high quality and local ingredients. They have 9 beers that you can enjoy on their patio or through 10 restaurants in the Boston area. The most popular day of the week at Turtle Swamp are Saturdays. 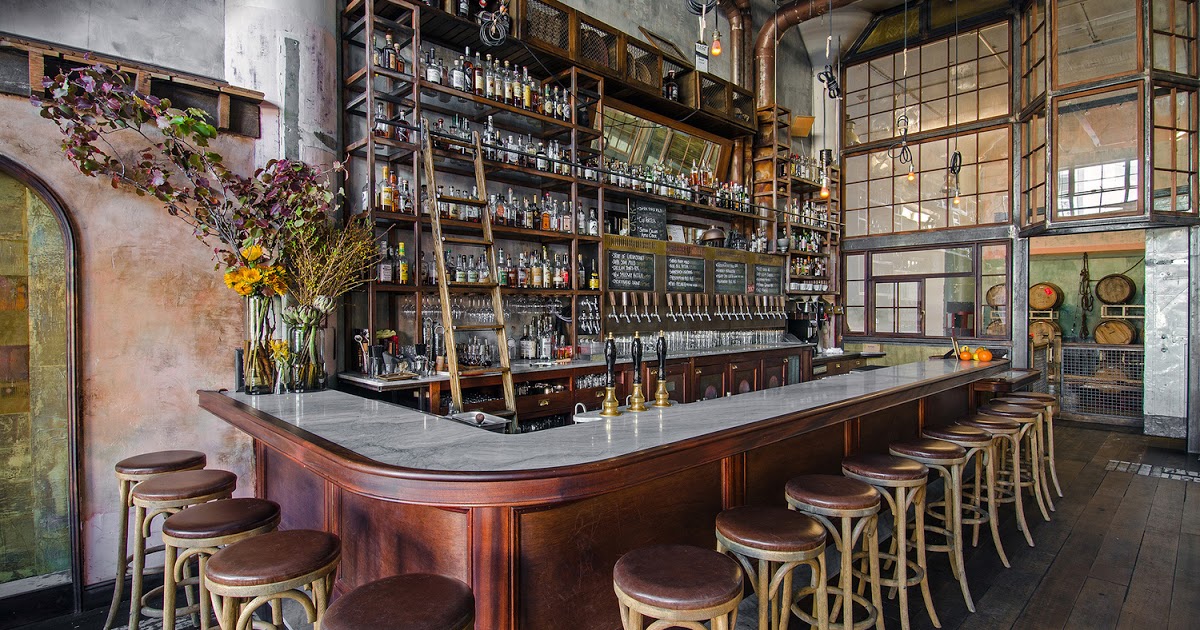 Magnolia Pub and Brewery opened in 1997 in The Haight, San Francisco. The award-winning little brewery, seven barrels in size but short and squat to contend with the low basement ceilings, is still going strong more than 2000 batches later. Their gastropub continues to explore the best of local and seasonal sourcing within the Bay Area’s amazing foodshed while becoming an SF institution. Saturdays are the most popular day of the week at this brewpub. 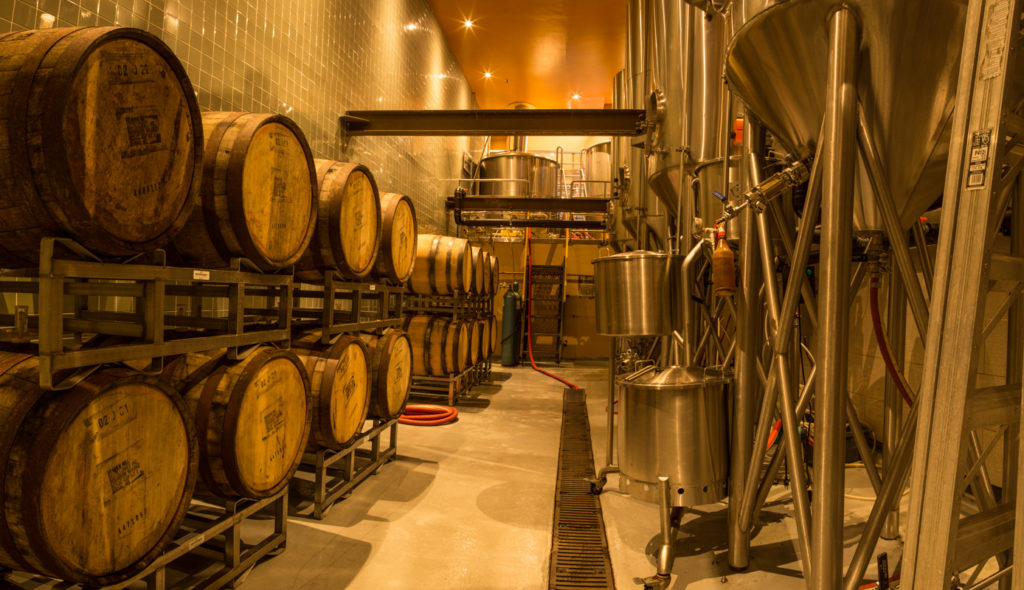 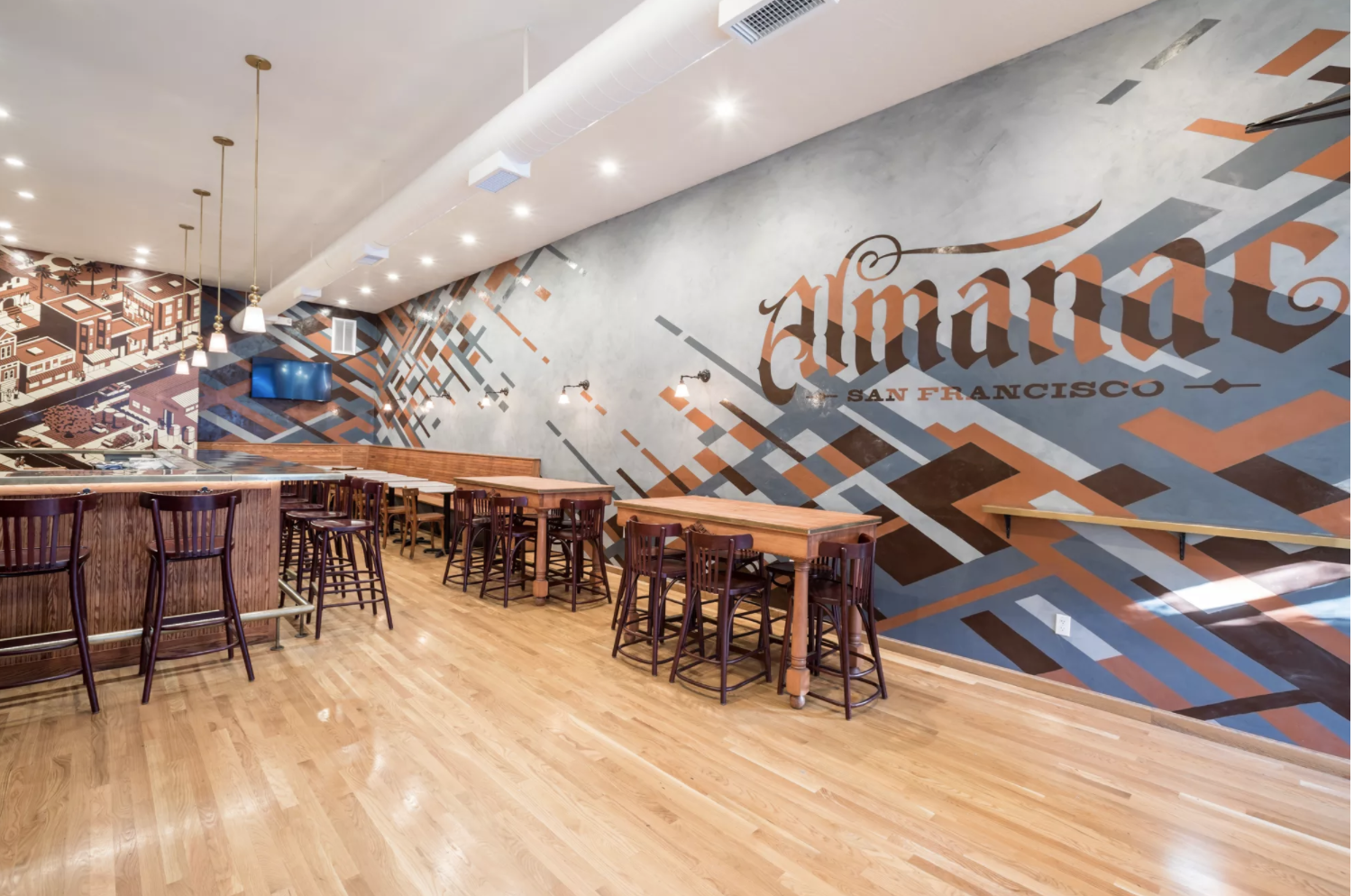 Almanac Beer Company is dedicated to producing seasonal artisan ales, brewed specifically to complement local cuisine sourced and prepared with the same great care and craft. They offer an extensive selection of fresh and barrel-aged beers, including a constant rotation of 15 Almanac beers on tap and special “taproom only” releases at their year-round beer garden (must be nice). Most people visit Almanac on Saturdays. 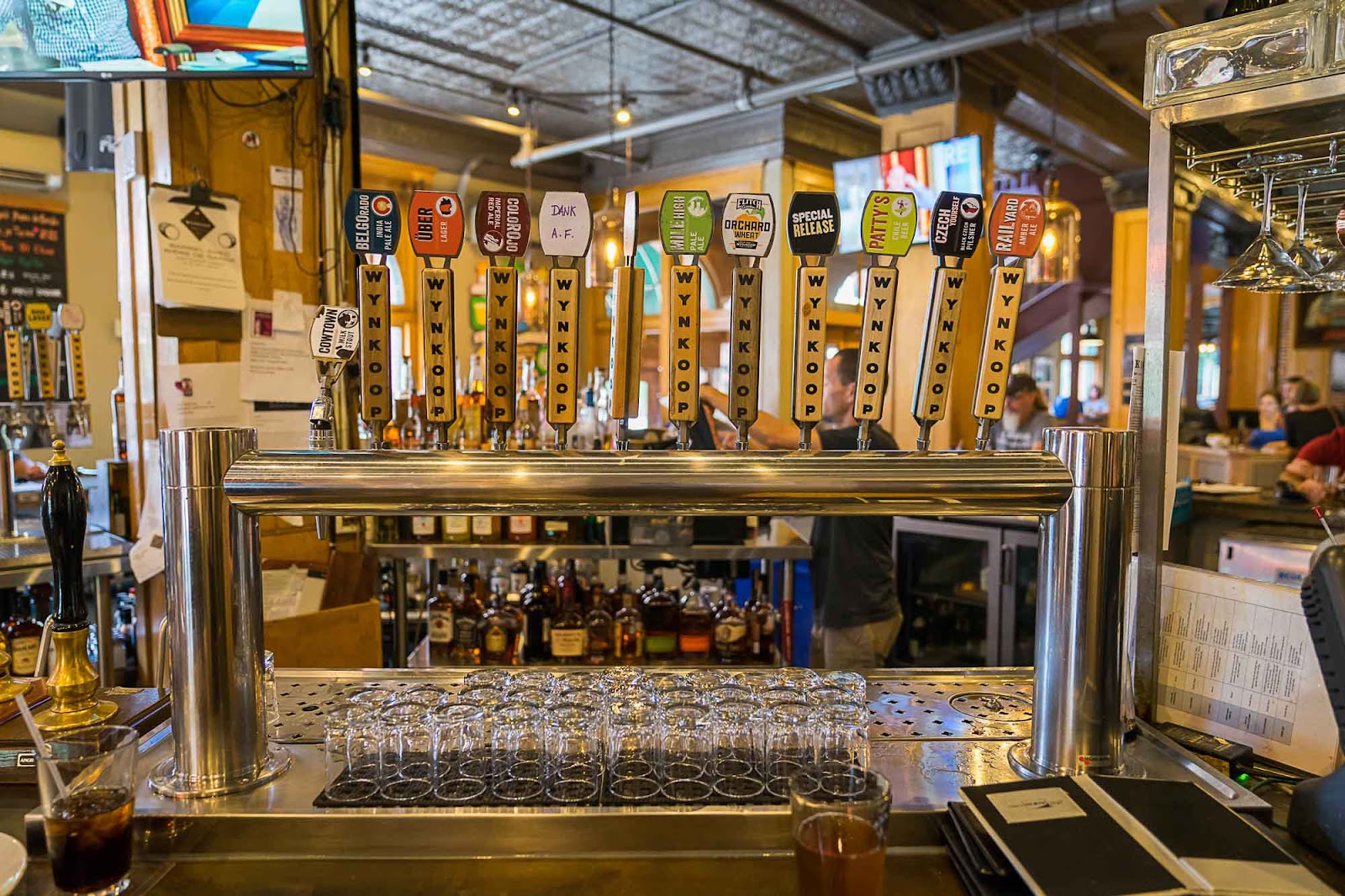 Wynkoop has a unique history and is known for innovative, ballsy brewers who put just about anything in their beer, including Rocky Mountain oysters, gummy bears and green chiles. It’s known as the brewery that brewed a neighborhood because the Wynkoop helped catalyze the revitalization of LoDo (lower downtown Denver), Denver’s oldest neighborhood. You can enjoy 30+ beers on tap at Colorado’s first Brewpub. Fun fact: 42nd Governor of Colorado John Hickenlooper is co-founder of Wynkoop. Thirsty Thursdays are the most popular day at Wynkoop. 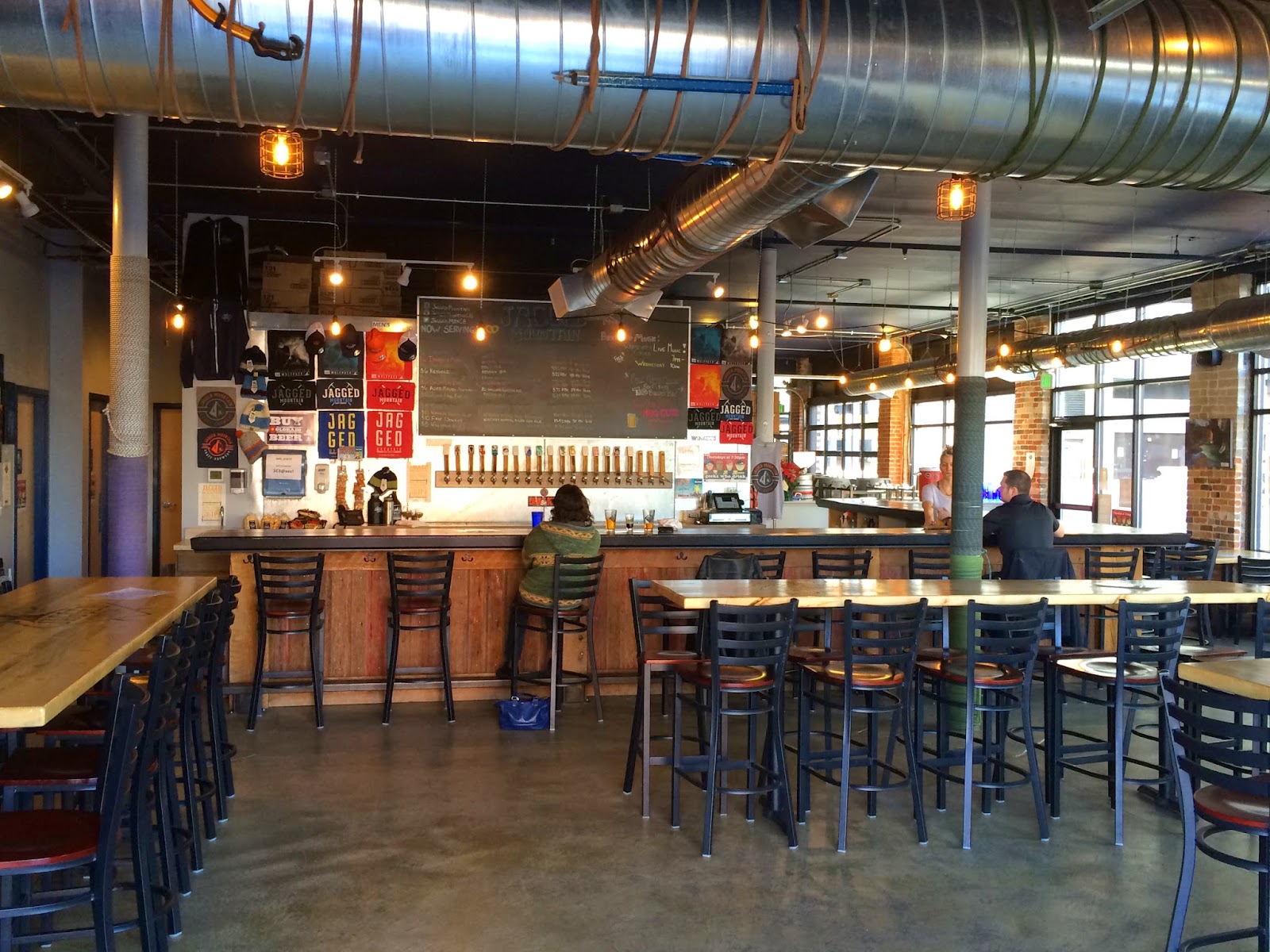 Jagged Mountain Brewery is located in downtown Denver, just minutes from Coors Field. Though they don’t have a kitchen, they have a quality food truck lineup that you can enjoy with over 19 of their craft brews ranging from IPA’s to Pilsner to Stouts. The most popular day of the week at Jagged Mountain are Thursdays. 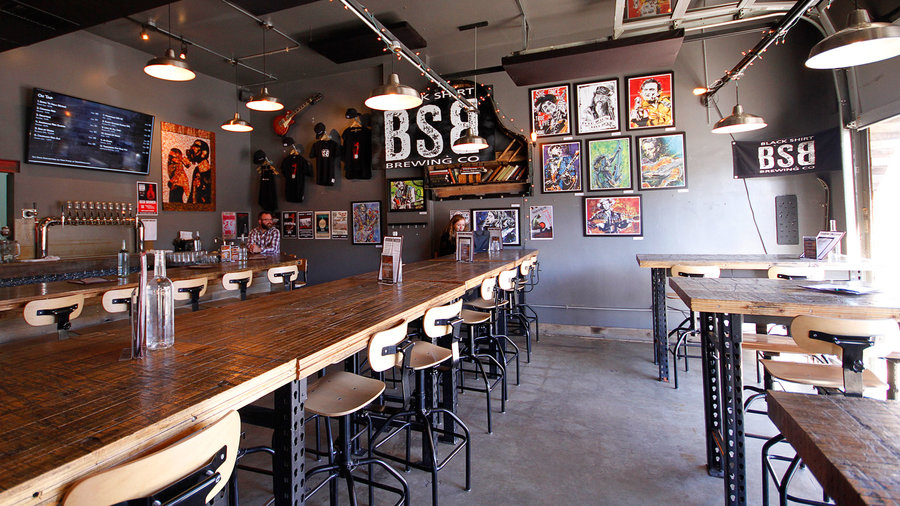 Located in the heart of the RiNo Art District neighborhood just north of downtown Denver, Black Shirt Brewing Co. offers an experience that strikes a harmonious balance between music, crave-worthy pizza and delicious craft beer. They have a taproom patio (front and back), and were awarded “Best Brewery for Live Music” in 2017. Their urban beer garden features a hand-built pallet stage that brings in acts from Colorado and beyond. Saturdays are the most popular day at Black Shirt. 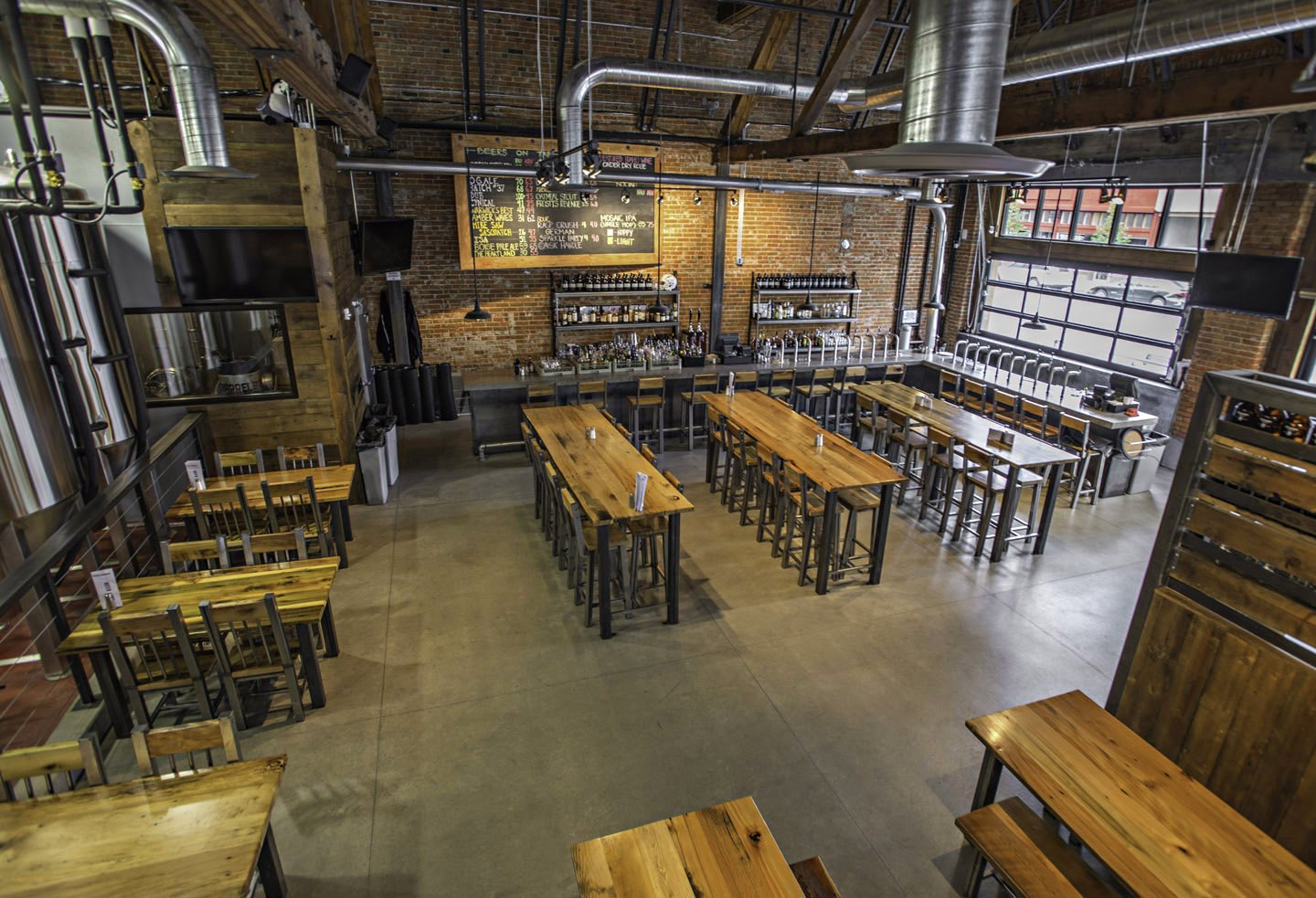 10 Barrel Brewing started a production brewery in 2006 in Bend, Oregon. Since then they have expanded to Idaho, Denver, and opened a distribution in Portland. You can enjoy 20+ taps of delicious beer on their rooftop patio overlooking the Pearl District. The most popular day of the week at 10 Barrel Brewing are Saturdays. 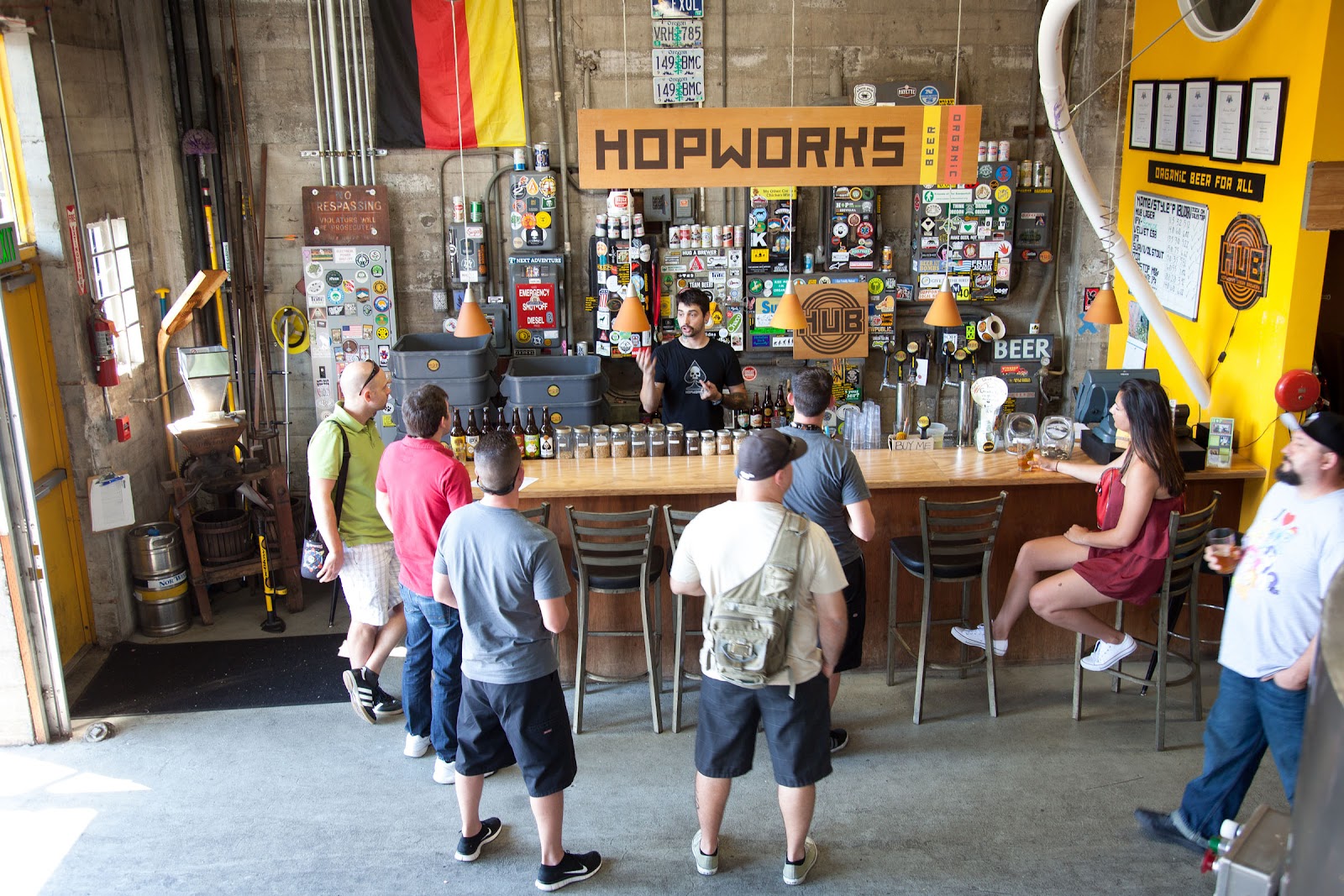 Founded in 2007, Hopworks uses locally-sourced and organic hops in their 20-barrel brewery to produce 13,500 barrels of beer a year for their two brewpubs and for distribution throughout the Northwest. Their brewpubs serve beer (7 currently on tap) and fresh food in sustainably-built and operated buildings that have a relaxed, family-friendly atmosphere. They also offer free brewery tours on Saturdays, even though their most visited day of the week are Thursdays. 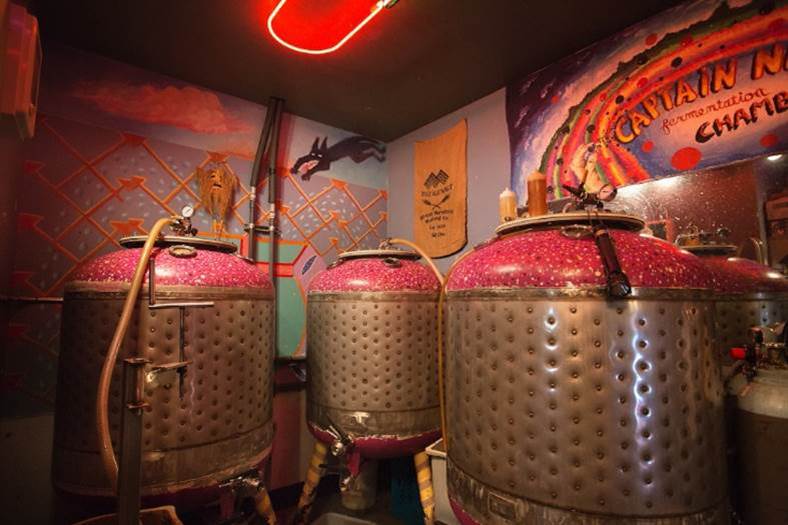 McMenamins is a staple in Oregon. Hillsdale Brewery & Public House is Portland's first brewpub. Opened in October 1985, Hillsdale Brewery & Public House became Portland's first brewpub since Prohibition and birthplace of several of their classic beers: Hammerhead, Ruby and Terminator. They offer 11 beers on tap, from Stouts to IPA’s that you can enjoy on their patio or inside the brewpub. Wednesdays are the most popular day of the week at this brewery. 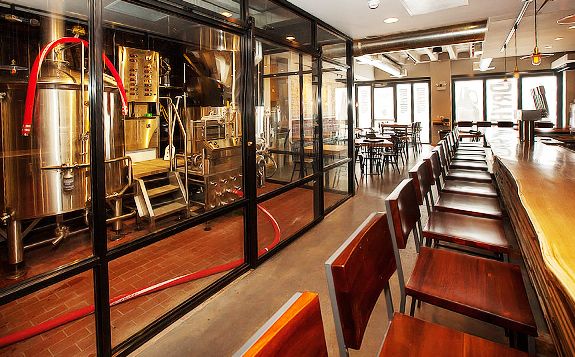 DryHop Brewers is a brewery and kitchen. Their craft beers are only available in Lakeview, Chicago. They specialize on hop-centric ales. In addition to their IPAs and Pale Ales, they mostly brew traditional, Belgian, and experimental craft beers. Every dish that comes from their kitchen is inspired by the craft beer they brew and designed to mirror the artisanal, neighborhood attitude of the brewery. DryHop sees the most amount of people on Saturdays. 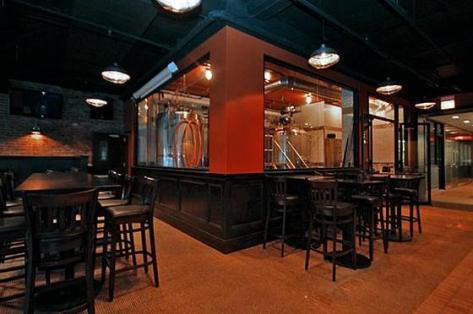 Haymarket Pub and Brewery is inspired by the Haymarket Affair that took place in Haymarket Square in Chicago in 1886. They specialize in classic Belgian and contemporary American beer styles that emphasize hop flavor, not hop bitterness. No matter what style of beer you like - whether a crisp refreshing Pilsner, a Trappist-style ale, hoppy pale, Imperial IPA, hoppy Belgian or American Stout - you’ll find something to satisfy you at Haymarket Brewing. Saturdays see the most amount of beer drinkers at this brewpub. 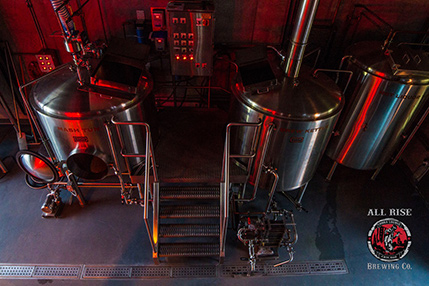 All Rise Brewing Co offers seven craft brews that you can enjoy at the Cobra lounge or Beer Hall in Chicago. In their kitchen, they offer locally sourced food at a reasonable price, while maintaining green and sustainable operating practices. All Rise Brewing gets the most visitors on Saturdays. 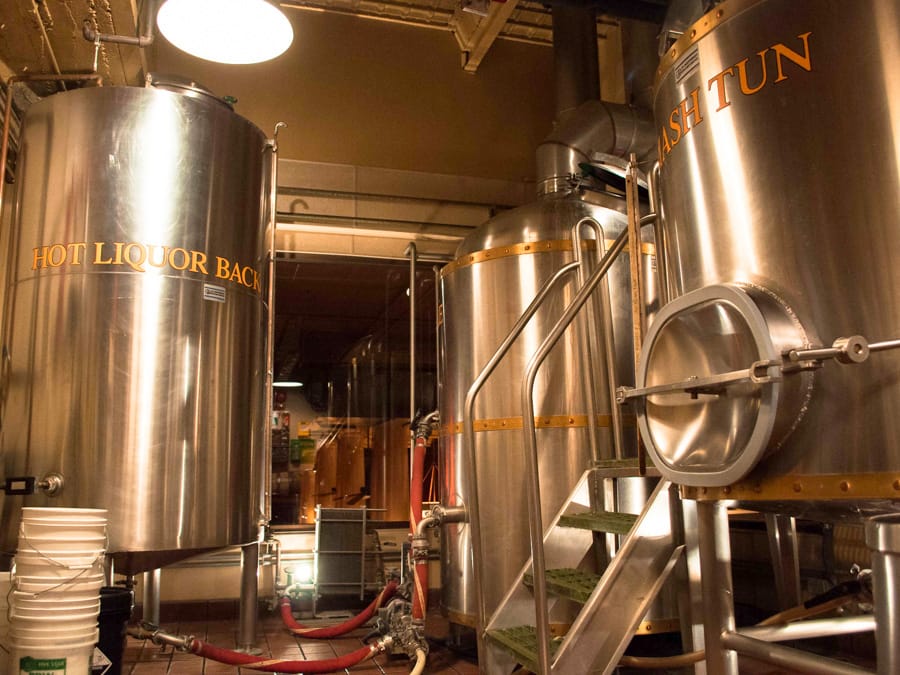 District Chophouse & Brewery opened in 1996, in what was formerly the First Bank of DC. The brewpub is located near the Capital One Arena and serves steakhouse classics, paired with handcrafted Ales brewed on-site. Enjoy the 10 beers on their beer list or take 64oz growler to go. The busiest day of the week at District Chophouse are Thursdays. 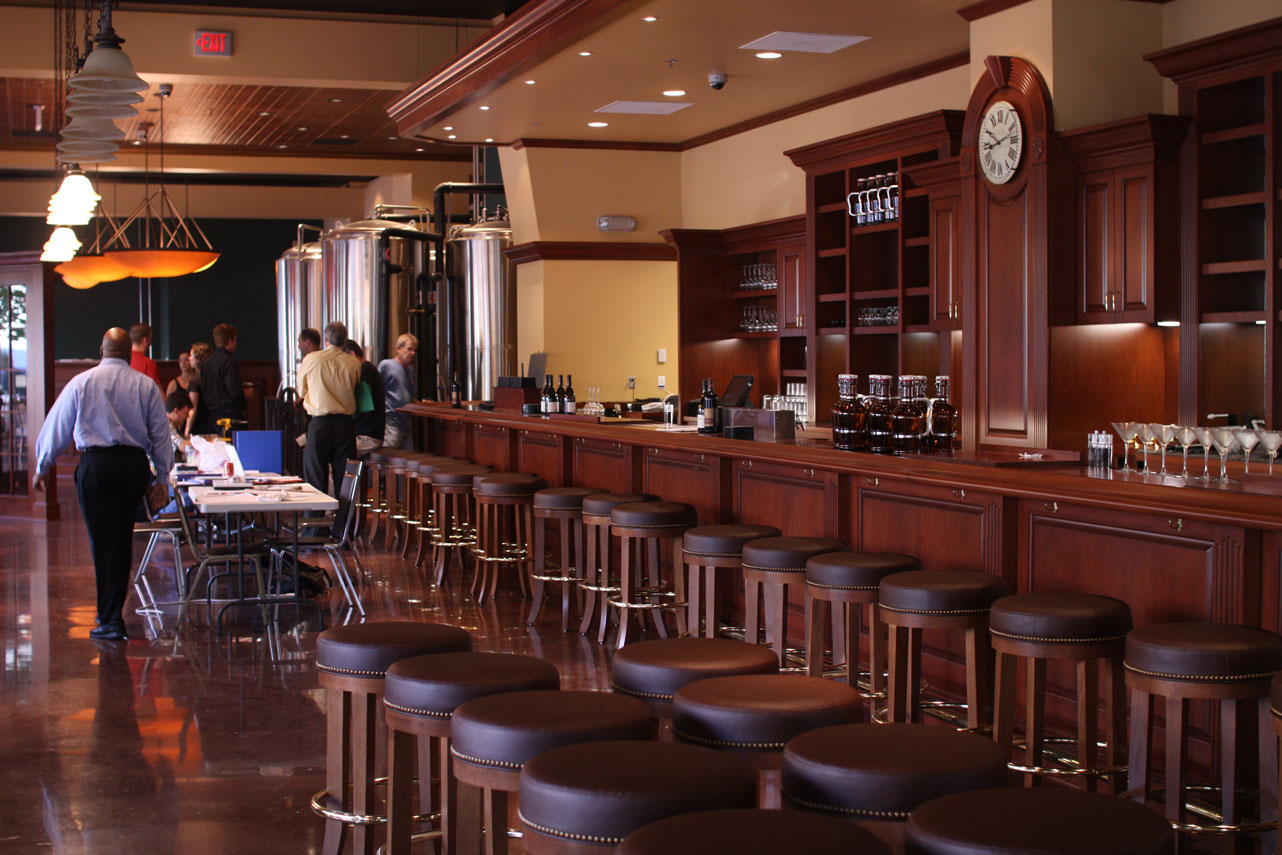 Mad Fox Brewing Company launched in July 2010 with the opening of their European-style Gastro Brewpub in Falls Church, VA , which also houses their brewery. They have 14 beers of handcrafted, award-winning beer on tap that pairs with their menu created in a scratch kitchen using locally-sourced and sustainable products whenever possible. The most popular day of the week at Mad Fox are Thursdays. 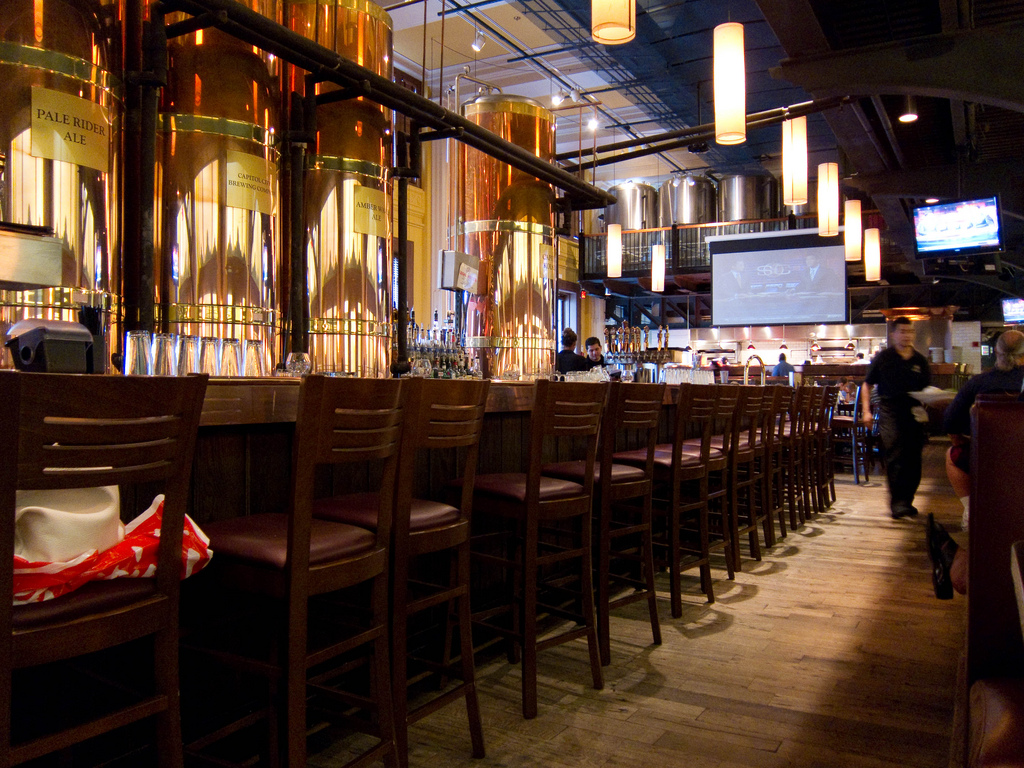 Capitol City Brewing Co. opened its doors in 1992 as the first brewpub in our nation's capital since prohibition, thus giving its citizens and its many visitors the freedom to enjoy some of the finest hand-crafted beer in the country. They’re dedicated to using only the highest quality hops, fresh yeast and select malt to brew ales, lagers and pilsners. A brew-house is located in each restaurant, which enables them to closely monitor each phase of the brewing process and bring the beer to you within hours of completion. Most people visit Capitol City on Saturdays.

Skyhook sources anonymous location data from its proprietary location software as well as from trusted third-party partners who adhere to applicable privacy protection laws and guidelines. In order to maintain an accurate and normalized location dataset, Skyhook applies advanced data cleansing methods -- such as centroid analysis, motion pattern recognition, velocity analysis, etc. -- to filter out noise, bad location sources, and other misleading data points. The resulting cleansed data is then processed against our venue database, accounting for dwell time, positioning error, and other attributes to determine the probability that a particular device was inside a venue. To ensure that location data is being mapped against the correct real-world places, Skyhook uses a combination of signal-based detection and third-party data to identify new and closed venue locations to keep its venue database up-to-date. The result is an accurate dataset connecting the movement of mobile devices to real world venues, providing marketers, brands, developers and other enterprises with unique consumer insights to help propel their business.

If you're a craft beer aficionado, make sure you stop at one of these breweries next time you're in town.