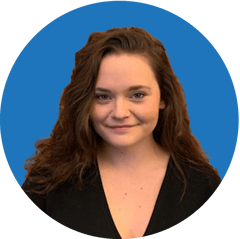 COVID-19 has impacted the lives of Americans in many ways, and with limitations on indoor and large gatherings, people have been looking for new, safe forms of entertainment. One particular trend we noticed was the resurgence of attendance at drive-in movie theaters, and the increase of ‘pop-up’ drive-ins. Skyhook’s team of data analysts took a look at what the summer of 2020 looked like at some of these drive-ins.

We’ve all likely been to a drive-in at some time in our childhood, but the number of drive-ins has been dwindling in recent years. While in its heyday, the U.S. had more than 4,000 drive-in locations, but today there are roughly under 400 drive-in movie theaters left across the country. America’s first drive-in movie theater opened in Camden, New Jersey, on June 6th, 1933 (which has now become National Drive-In theater day!), but drive-ins didn’t become a popular pass time until 1949, over 10 years later.
The popularity of drive-ins has risen once again this summer, and not just for movies.  There has been an increase in all types of drive-in style events, with people gathering in the backs of their cars for concerts and comedy shows, in addition to the traditional movie viewing experience. Some small businesses that have been forced to shut down have turned their parking lots into pop-up drive-ins to compensate for changes in business. These outdoor experiences have become a way for individuals to safely leave the house during this global pandemic.

So, we’d seen an increase in drive-in posts on Instagram and in the news, but  were more people going to drive-ins? We wanted to find out, so we looked at a total of 10 drive-in locations and their foot traffic this summer, and compared it to their foot traffic during the previous summer.
One of our Skyhook offices is located in Boston, so we chose drive-in locations in Massachusetts to analyze. We also chose drive-in locations in Georgia as well to see if this increase was just a trend in our own area. We chose the state of Georgia because it was one of the first states to reopen after shutting down from COVID due to the lack of initial severity of COVID-19 cases in the spring.
Skyhook geofenced and analyzed foot traffic patterns for 10 well-known drive-in movie and pop-up theaters throughout MA and GA for the month of July in 2019 and 2020 for comparison. We wanted to find out what visitors were interested in seeing in 2020, where they came from, and more.

At Skyhook, we have access to mass amounts of anonymous, precise, mobile device location data. This data allows us to generate valuable insights into anonymized behaviors of mobile users as they move throughout their day. These valuable insights can help drive-in theaters with their advertising and marketing efforts and help them predict future attendance. The drive-in theaters we analyzed were:

For the month of July, Mayor Marty Walsh and Boston’s Parks and Recreation center set up free pop-up drive-in movie series in parking lots every Wednesday for the month of July. These events were held at two locations Skyhook geofenced. 121 Halleck Street is a large parking lot located in Roxbury and used by neighborhood residents, and by Wentworth Students and faculty. The Boston Convention and Exhibition Center was the previous home of several conventions year round and is located near the Lawn on D in the Seaport. These were also included as part of our analysis.

Here’s What We Found About Drive-In Theaters:

Where Do Drive-In Attendees Come From?

The graphic below shows the home states of the visitors detected in Massachusetts’s and Georgia’s drive-in movie theaters in July 2020. The blue dots pinpoints where individuals are from. We found that visitors to the drive-in location we analyzed are mostly locals with a small percentage who travel out of state. In Massachusetts, 4% of people come from outside of New England whereas in Georgia, 7% of individuals come from outside of Georgia, Tennessee, and North Carolina.

Below is a comparative graph showcasing the total sum of visitors for each day. There was an increase of drive-in attendees between the July 2019 weekends and the July 2020 weekends. With COVID-19 causing difficulties for other popular summer activities such as going on family vacations or traveling, it seems that drive-in movie theaters became an easy way for families to get out of the house. In both MA and GA, there was a steady increase of attendance.
In the graph below, you can see that almost every weekend in 2020 showed higher rates of attendance. This final increase could have been due to word of mouth, increased comfort with leaving the house and participating in semi-social activities, or just a need for a new type of entertainment. Both years the attendance was higher in the state of Georgia. In the United States, the 4th of July weekend is typically filled with family barbecues, beach days, tourists, and fireworks. But this year we all had to find different ways of celebrating as traveling and large gathering became impossible and unsafe. So we wondered, was the drive-in the new activity of choice for people that weekend?
The graph below represents both Georgia and Massachusetts attendees at drive-ins in July 2019 compared to July 2020. There were 1.7 times as many people visiting drive-in theaters in July 2020 compared to July 2019- almost twice as many people! By analyzing Mobile Advertising IDs from our anonymized pool of location data, we were able to detect moviegoer attendees auto brand, gas station, and QSR preferences. Drive-in theaters can benefit from this data by identifying which brands to seeks as sponsors for advertising, or which locations would be closest to other stores and locations people have been visiting.

When analyzing the drive-in theaters in Massachusetts and Georgia, we found that 85% of attendees own a vehicle. Here we have broken down the brand preferences by state. This is an indication that these attendees are likely in the market for a car. If theaters play an ad for a local car dealership, or get the local car dealership to sponsor popcorn for everyone at a showing, it could be beneficial for both the car dealership and drive-in.

Overall auto brand preferences by state.
In Georgia, we found that the most popular vehicle brands among moviegoers in Georgia were Chevrolet and Jeep. Additionally, Chevrolet dealerships attracted close to 15% of these moviegoers for total months of June and July.
Toyota was the most popular vehicle brands among Massachusetts residents with 9.7% of visitors having visited Toyota dealership within the entire months of June and July .

Overall gas station brand preferences by state.
This bar graph breaks down gas station preferences based of attendees by state. Moviegoers from GA are more likely to stop for gas at BP and Shell, whereas individuals from MA are more likely to stop at Exxon Mobile and Sunoco. Drive-ins can benefit from this information and use it to create a better attendee experiences, like partnering up with the local gas stations stations for discounts or sponsorship.

Overall QSR brand preferences by state.
The graphic above breaks down preferences of quick service restaurants (QSR) by state. Quick service restaurants can be any restaurant that serves fast food cuisines and minimal table service. These style of restaurants are more popular in Georgia and individuals that went to the movies were more likely to be seen in major QSR restaurants such as McDonald’s, Subway, and Burger King. Movie attendees in Massachusetts were more likely to be seen in Chipotle, Domino’s, and Dunkin’ Donuts compared to Georgia. 80% of MA residents had visited a Dunkin’ Donuts within the last 60 days. The biggest difference we found was the attendance of Chik-fil-A in GA was 62% and only 11% in MA. This isn’t necessarily surprising given there are significantly more Chik-fil-A locations in Georgia than there is Massachusetts.

Live music events were extremely popular for drive-in theaters this summer. On July 25th, Starlight Theater, in Atlanta, GA, had the overall largest audience. They hosted an event titled ‘Encore Drive-In Night’ with Blake Shelton and special guests Gwen Stefani and Trace Adkins. Jesup Drive-In, Georgia’s oldest drive-in theater, also hosted a live music event with country singer, Chase Rice. This attracted a higher audience than normal for this theater.
Drive-in theaters that hosted separate events attracted completely different crowds than regular moviegoers. On top of movie screenings, Starlight theater host a flea market every Sunday. Overall, Starlight theater attracted 44% of audience members for movies, the flea marketing attracted a completely different crowd. Only 2% of people who came to the flea market also attended a movie at the drive-in. We were able to find this out by compared users anonymized mobile IDs.
We saw that cult classic films like E.T. and movie franchises like the Harry Potter series had the highest attendance rate at drive-ins.

Each drive-in offers its own experience and films to attract audiences of all kinds. These theaters gave families and friends the opportunity to stay safe while enjoying some vintage fun. During this unique time, it will be interesting to look again next year to see if drive-ins were a fad created because of the limited choices of entertainment during COVID, or if we are truly experiencing the resurgence of drive-in theaters. We’ve only just touched upon some of the information and intelligence our location data can provide. Location intelligence is particularly helpful for venues and businesses looking to identify beneficial sponsorship opportunities and find different ways to reach new customers. Skyhook can work with a wide variety of businesses to provide location based insights.
If you are interested in learning more, read our previous foot traffic analysis or check out Skyhook’s Geospatial Insights offering. 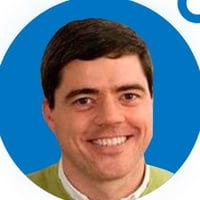