David Provost has been driven to explore how the web could alter the lives of consumers and businesses seeking to create effective ways of attracting and serving customers, partners, and consumers online since the dotcom years. Today, he is fueling his kickstarter project, MakeItCount, an online rewards program for exercise and healthy habits.

With experience ranging from an  e-commerce researcher with companies such as Expedia, E*TRADE, United Airlines, and Orbitz to large companies like Digitas, Monster, and Nokia, we wanted to get his take on how advances in wearable technology like fitness trackers and apps are evolving to play a vital role in helping us be accountable for our own health.

1. Tell us about your work at MakeItCount (MIC) – what are you most excited about and what is your strategy for empowering innovation in fitness & healthcare?

Here in the US we’re experiencing fundamental changes in our healthcare system and at the same time, wearable technology and connected devices in general have become familiar. We see an enormous opportunity to use the data gathered by these devices to prove that people are genuinely engaged in their health and well-being. This puts insurance companies, employers, brands, and retailers in a position to reward these folks for their activity and do so with the knowledge that their incentives are accurately targeted.

MIC is on the full span of connected devices, not just activity trackers. Here’s an example: A man is diagnosed as being pre-diabetic. He needs to exercise, monitor his weight, and check his blood sugar. We want to be the leader in “wearable data consolidation” from multiple devices and in this case, that would mean integrating activity data, scale data, and blood sugar data. We’re getting good feedback on our approach. 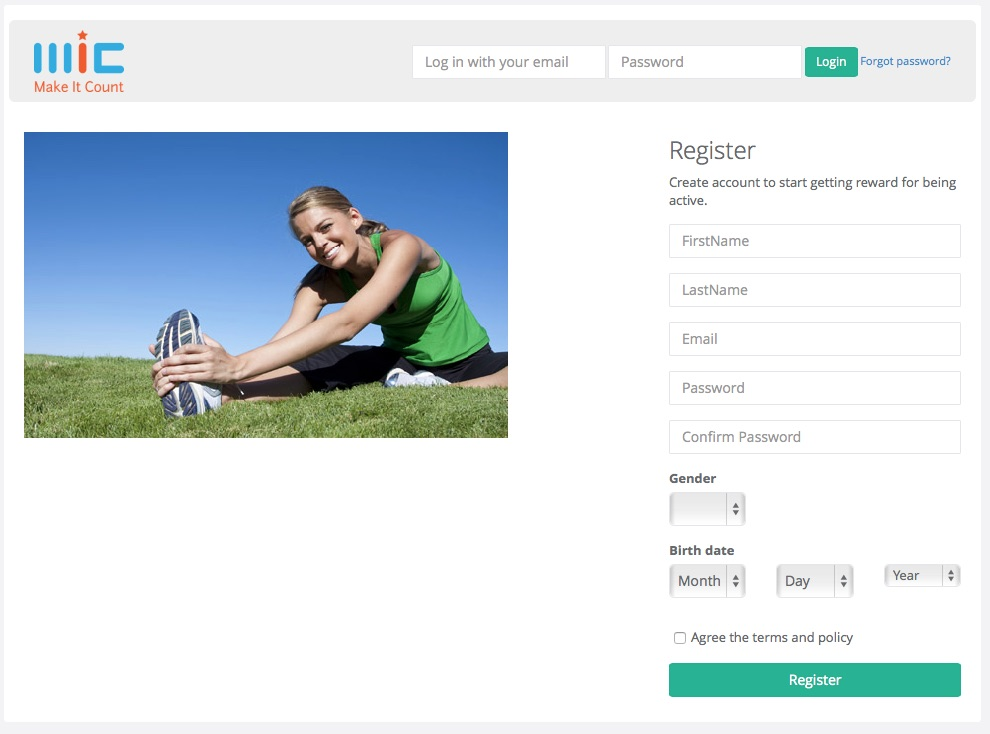 2. How does this new campaign differentiate itself in a crowded market of fitness wearable devices and apps looking to improve people’s well-being?

Wearable data consolidation is a new concept that we’re in the pioneering stage. MIC doesn’t offer a device - there are enough devices already. This also means we aren’t tied to a single device which might only capture one dimension of engagement, like steps.

We want to use the existing wearable infrastructure and enlist the substantial number of people who already own a device and  create a valuable experience for them where not only can they monitor their metrics, they can be rewarded for being conscientious.

3. What are some of your top picks for forward-looking wearable devices or apps on the market today?

Increasingly, we’re looking for devices and apps that emphasize accuracy, ease-of-use, and data portability. The industry leaders have done a great job overcoming substantial technical hurdles related to miniaturization, power management, and data transmission. The next steps don't necessarily have to be new or different devices - greater precision would be a great benefit.

4. Why would you pick or recommend them for people to use and manage their health with?

First, these devices are accessible - in terms of price point and ease-of-use. For many people, there’s an aha! moment as they learn about their own behavior, and these insights haven’t been possible on a practical level before. Those insights can be valuable - if your doctor is telling you to start walking, you can now prove to yourself and your doctor that you’re doing the work, and that you’re reaching prescribed goals.

5. How do you see advances in wearable and sensor technology influencing how people live their lives?

This industry is evolving so rapidly that the best ideas are probably yet to be imagined. We’re seeing changes already in how people are putting their devices to work, tracking steps, weight, sleep, and more. In isolated examples, there are life and health insurance companies that are starting to incorporate wearable data in return for incentives or premium discounts (life insurance).

In some respects the issue is a matter of learning new habits, and connected devices can play a very important supporting role. As we become increasingly motivated to use these devices it’s likely the functions may become so familiar that they into the background of daily life - and we’ll all be healthier as a result.

6. What are the roadblocks that wearable and sensor technology will have to overcome to make a difference and continue to grow in popularity?

People need a reason to keep using their devices and incentives can play a crucial role. Many people stop using their device because once they figure out how far they should walk everyday, they don’t need a gauge to tell them what they already know. However, over the past several decades here in the US we’ve gotten into bad exercise habits or rather, too many of us have lost the habit of exercising entirely. Everyone - people, employers, health insurers, and others will all benefit from working to instill healthy habits.

7. What is the role of 3rd party apps in the wearable industry?

They’re not required to integrate with “their own” hardware device, and that gives them greater flexibility to be creative. Seems to be working - consumers like them!

8. Based on your experience, how do you think location data will affect wearables and how they are used?

Location is a fundamental context for human beings, and there’s a lot of value in getting it right - with any device. As devices become more sophisticated, they may be able to distinguish between a 5 mile run around your home town vs. a 5 mile run up a mountain - and the very different physical demands of going uphill, perhaps even on an unpaved single track running trail.

9. What does the future of wearable tech look like, what milestone will the wearable community achieve in the next 12 months?

There are some basic questions that need to be explored, including device accuracy, device longevity not to mention that with the growing body of data at our disposal, how will we measure progress? Insurance companies, particularly startups, may play a very interesting role in habituating the use of wearable/connected devices through the use of incentives. MIC would like to serve as a repository for consumers - they might start using our service through their employer, but if they ever have to buy insurance through an exchange, we’ll store the evidence that they’ve been conscientiously engaged in their well being.

10. If you could enable any new kind of functionality on your favorite wearable device, what would it be?

I want a hologram projector, plain and simple. But then, I read comic books when I was young. 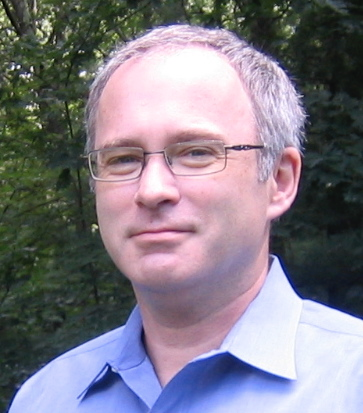 David’s work occurs on the business side of new technologies, at the earlier stages where ideas are leaving R&D organizations on their way to becoming established, standardized tools on the web, in cloud computing, analytics, and elsewhere. He earned his BS and MBA from Boston University and later, a master’s from the MIT Management of Technology Program. 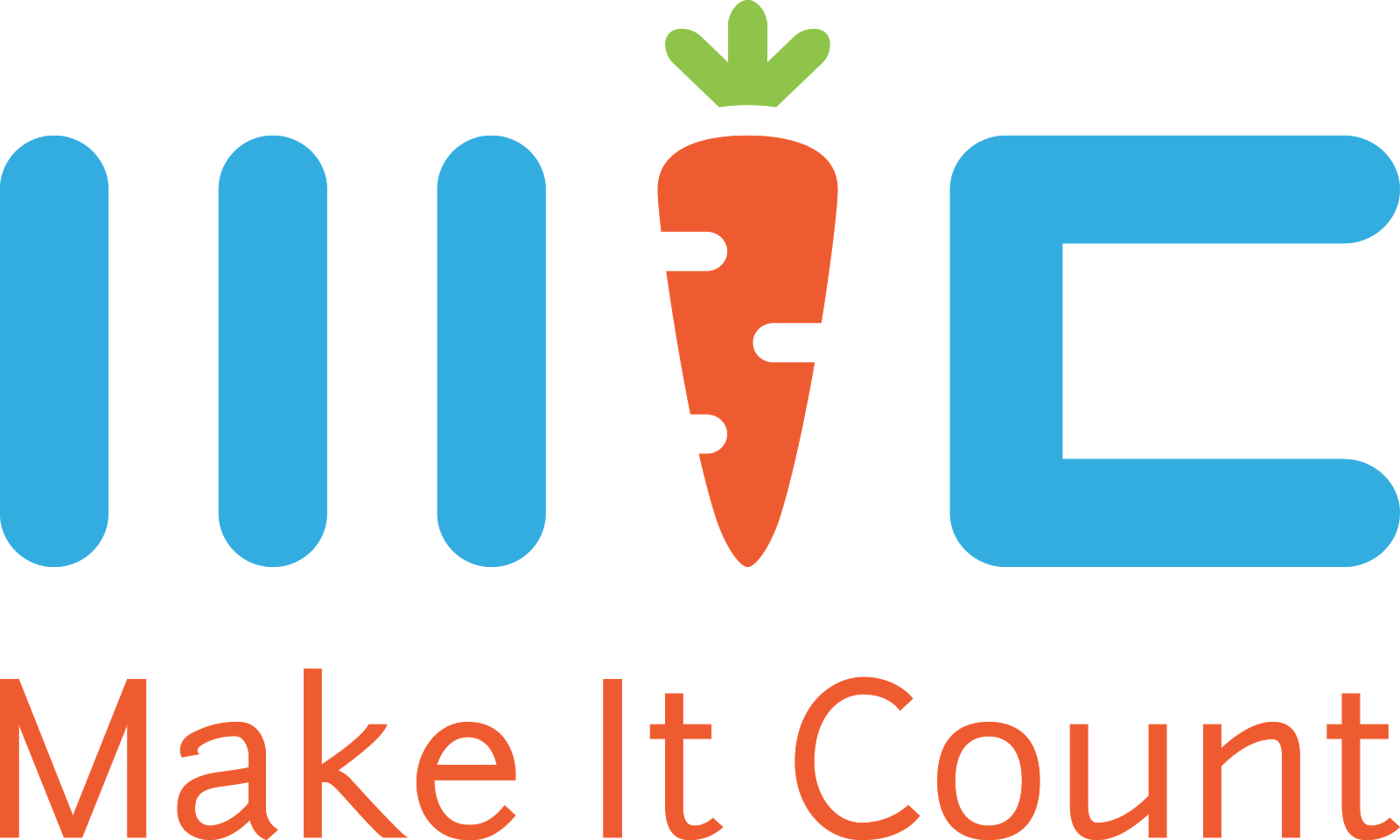 About Make It Count:

The Future of Location: Predictions from Skyhook

The Importance of Precise Location in Micromobility