The wearable technology industry is crowded with competition, and the toughest challenge wearable manufacturers will face is differentiating themselves. According to Statista, the Wearables device market is forecasted to reach 5.8 billion by 2018. The winners in the market will make products that users want to wear and can’t live without, like today’s smartphones.

There are some wearable companies that are already developing devices that function at an advantage and are set up to rise above the competition in the next year. These advantageous features include the ability to function separate from a smartphone, the compatibility with apps, the use of Wi-Fi and location, and a battery-conscious design.

A manufacturer that provides both smart snow goggles and smart glasses, Recon has an app platform that allows their users to have a consistent experience with the apps they already use in their everyday lives. The Recon platform and SDK empower third party developers to create apps for any activity, providing the same capabilities as smartphones--including native location which is detected with GPS and Wi-Fi.

Recon CPO Shane Luke says, “Third party apps, especially those made by small companies and dedicated individuals, will take a central role in the wearables category.We see this with Recon Snow products today, where people have built things as diverse as ultralight aircraft navigation apps, and search and rescue apps on our hardware”.

With built in Wi-Fi, the Recon Jet and Snow enable users to track their activity in relation to location, as well as connect to the Internet anywhere. Location data at the device level provides an extremely valuable context layer that elevates the Recon Jet’s user experience, providing a complete picture of data.  The Recon Jet smart glasses are made up of a standalone microcomputer with sensors and networking capabilities that users would expect from their smartphone.

A wearable transmitter that turns your palm and fingers into a touch interface, Fin allows users to control their household and mobile devices with their hands. It’s not just pairing with smartphones and apps, but integrating with hardware such as car radios and smart TV’s. The Fin is building a gesture platform for other smart devices, enabling users to control up to three devices at a time using only swipes and taps. The ring-shaped wearable device is worn on the thumb and communicates with devices using bluetooth.

Fin’s battery conscious design allows the device to last up to a month on one charge when it is in power-saving mode. An SDK is in the works to be released in September 2014, which will allow third party developers to create their own compatible apps for Fin.

The Vuzix M100 smart glasses come equipped with both Bluetooth and Wi-Fi.  The smart glasses allow users to launch apps from their smartphones, displaying them on the 800x400 pixel screen. The M100 is compatible with thousands of existing Android apps, paving the way for users to access apps they love such as Instagram and Evernote.

The Vuzix M100 comes with easy access to developer resources so third party developers can create their own apps that connect to the Vuzix M100.

The Vuzix M100 comes with an integrated head tracking and GPS system that not only provide apps with your location but even the direction and angle of your current view for unprecedented situational awareness. 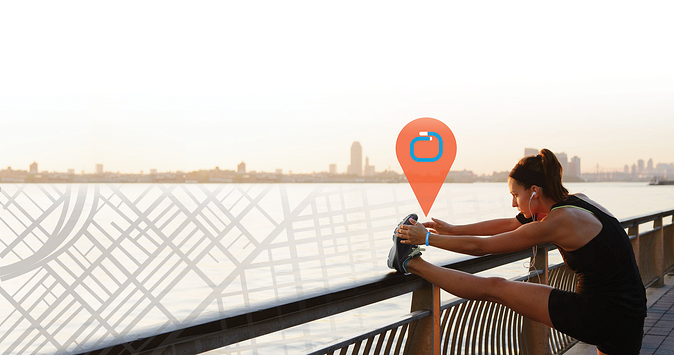 A combo of a fitness band and a smartwatch, the Razer Nabu “smartband” has the battery life of 7 to 10 days while offering features such as counting steps, distance and calories, and even registers altitude and monitors sleep quality.

Nabu’s open development platform gives third party developers the tools to create engaging apps, from a gaming app that transforms the world into one huge playground, to one that lets you pay for your shopping by simply walking out of the store.

The clip-on wearable device Kiwi Move senses motion, temperature and sound while maintaining battery life for 5 days. The Kiwi Move has Wi-Fi and pairs with Android and iOS devices.

Kiwi provides a developer platform for the creation of third party apps ahead of their official launch, so that when they do launch, users have apps to start using immediately.  The Kiwi Move has already inspired users with many sensor-based apps of their own, including fitness improvement, sports tracking and voice input apps that show what the Kiwi move is capable of. The Gesture app allows users to create their own gestures to control the app, Internet and home appliances and the When/Do app allows users to automate activities like “when I wake up, make coffee.”

We will see wearables expand their capabilities and begin to compete on overall user experience of their devices. Better UX means integrating into users lives and developing ways for them to interact with the third party apps they already know and love. Soon consumers will expect much of the same functionality from their wearable device as they do from their smartphones. In such a competitive market, better user experience means better user adoption.