The world of IoT is growing at a rapid pace. According to Statista, global spending on IoT is forecast to reach 1.1. trillion U.S. dollars in 2022.  New technologies such as 5G is expect to drive the market growth in the coming years. In fact, the IDC estimates that there will be 41.6 billion connected IoT devices by 2025. While the landscape is constantly changing, it’s hard to keep up with the latest news. Fortunately, you can count on these thought leaders to keep you up to date and in the know.

shton: A key pioneer in the IoT space, Kevin is known for coining the term “Internet of Things”. It all started when he set up the Auto-ID Center at MIT to research RFID. He wrote a book titled How to Fly a Horse: The Secret History of Creation, Invention and Discovery, which sheds light on how innovation really happens. He’s now an author at Penguin Random House. Follow his Twitter here. 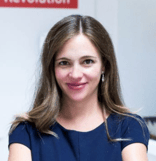 2. Alicia Asín: the CEO of Libelium, which designs and manufacturers wireless sensor network devices. She co-founded the company in 2006 and continues to speak at international conferences. Alicia believes IoT is the next technological revolution and that it all begins with smart cities. Follow her Twitter here.

oper: Sarah is currently the General Manager of IoT solutions at Amazon Web Services and is the Vice President of the IoT Community, which currently has 20,000 members. She holds 6 US patents and was awarded a spot on IS 50 Most Inspiring Women in Business. Feeling inspired? Follow her on Twitter here.

4. Daniel Elizalde: With over 20 years of experience worki 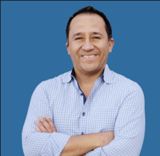 ng with complex B2B technology, Daniel is currently the Vice President of IoT at Ericsson and is an IoT instructor at Stanford University. Daniel currently shares his expertise on his website DanielElizalde.com where professionals can learn how to confidently manage any IoT product. Follow Daniel on Twitter here.

5. Johan den Haan: Johan has worked at Mendix for the past 15 years and quickly rose from a developer to theChief Technology Officer. Johan is also a frequent speaker at technology conferences and is an avid blogger. You can read one of his blogs here and follow his Twitter account here.

6. Ken Herron: Ken encourages individuals to use technology to creatively nurture relationships between customers and companies. He explains this ideology in his book How to Use Social Media to Promote Your Book. Ken implements these strategies with his own team as the Chief Marketing Officer at UIB.ai. Want to learn his tips and tricks? Follow him here.

7. Stacey Higginbotham: Stacey has her o

wn website “Stacey on IoT”, which features news, podcasts and upcoming events about IoT. Stacey has been covering technology for major publications for the last 15 years. She also has a bi-monthly column on the smart home in PCMag called “Get Smart With Stacey”. She has a weekly IoT newsletter that you can subscribe to here. To follow her on Twitter, click here.

8. Kipp Jones: Kipp Jones has been creating IoT-related technology and strategies for over 20 years. He has worked at Skyhook for over 15 years and is currently the Chief Technology Evangelist. Aside from being the brains behind 19 of Skyhook’s patents,Kipp has also contributed to blogs like this one on IoT Agenda. Follow his Twitter to see his latest project.

9. Christina “CK” Kerley: Christina has been dominating the tech scene for over 10 years, as both a faculty member at Rutgers Business School and as an innovational and keynote speaker. She encourages her students and audiences to embrace the digital revolution. Follow her here. 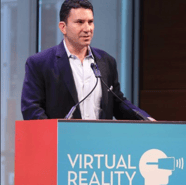 10. Greg Khan: Greg is the President and CEO of IoT Consortium, whose mission is to ignite the growth of the IoT movement by facilitating partnerships, promoting knowledge and education, and driving adoption of IoT products and services. In addition to IoTC, Greg is the founder and CEO of GK Digital Media. He has presented at various conferences including IoT World, Mobile World Congress and the Consumer Electronics show - follow his success here.

ie Kindel led the revolution for one of the biggest smart home technologies- the AmazonAlexa. After spending over five years with Amazon, he is now the Chief Product and Technology Officer at SnapAV, which just recently merged with Control4. Charlie also founded his own consulting firm, Kindel Systems, which focuses on product, technology, and business. Want to see what he is up to next? Follow him here.

12. Rob Martens: As one of the top 40 IoT leaders to follow on social media, Rob has a vast knowledge of technology and how to use it. His passion is to spread the word on how to apply technology to benefit everyday lives.  He is currently the Futurist & President of Ventures for Allegion. 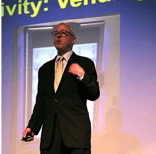 13. Chuck Martin: Chuck Martin is the CEO of Net Future Institute and an editor for the IoT Daily at MediaPost where he writes the daily “Connected Thinking” column. Chuck has ample experience in this space and is a leader in emerging digital technologies. He’s the NY Times Business bestselling author of“Digital Transformation 3.0”.  Follow his Twitter here.

14. Reid Carlberg: As the Vice President of Trailhead Mobile at Salesforce, Reid has over 10 years of experience with connected devices. He also has a variety of podcasts, a YouTube channel, and enjoys blogging for Salesforce. Want to keep up with his success? Follow his Twitter account.

15. Tom Raftery: As an international keynote speaker, a co-founder of Cloud CIX, a podcaster and a Global VP of Futurist and Innovation Evangelist at SAP, Tom does it all. To read his articles check out his personal website and follow his Twitter account. 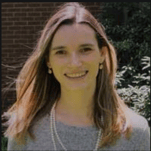 16. Carolina Rudinschi: Carolina is the co-founder of IIoT World, the first global digital publication that is 100% focused on IoT. Her center of interest is sustainability, smart cities and digital transformation. She brings a breadth of insight to the space based on her experience in social media, journalism, marketing and technology. Follow her on Twitter here. 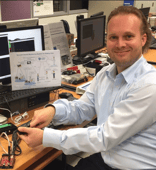 Toby Rukert: As the founder and CEO of UIB Global, Toby is knowledgable in smart cities and smart homes. You can read about his expertise on his personal website tobyrukert.com or see what he is doing on Twitter.

18. Peggy Smedley: Peggy is one the most influential IoT thought leaders of the century. She has her own podcast, The Peggy Show, and is a well known international speaker. As her Twitter bio states, she is a “tech to people connector,” and educates her audiences about emerging IoT technology and hopes to inspire the next generation of innovators.

19. Rob Tiffany: Rob is the Vice President and Global Head of IoT Strategy at Ericcson. He is also an established author, keynote speaker, and Veteran. To see what he is up to next, check out his personal website, or Twitter account.

20. Michael Wolf: Michael bonds the two things he loves most together: food and technology. As the creator of thespoontech.com and Smart Kitchen Summit, Michael is on a mission to educate others on how smart kitchens and devices can change the way we cook, eat and live. Follow @michaelwolf to learn more.

These 20 thought leaders will help you keep up with the latest news and trends in the IoT industry. If you’re interested in learning more about the history of the Internet of Things, check out this white paper.